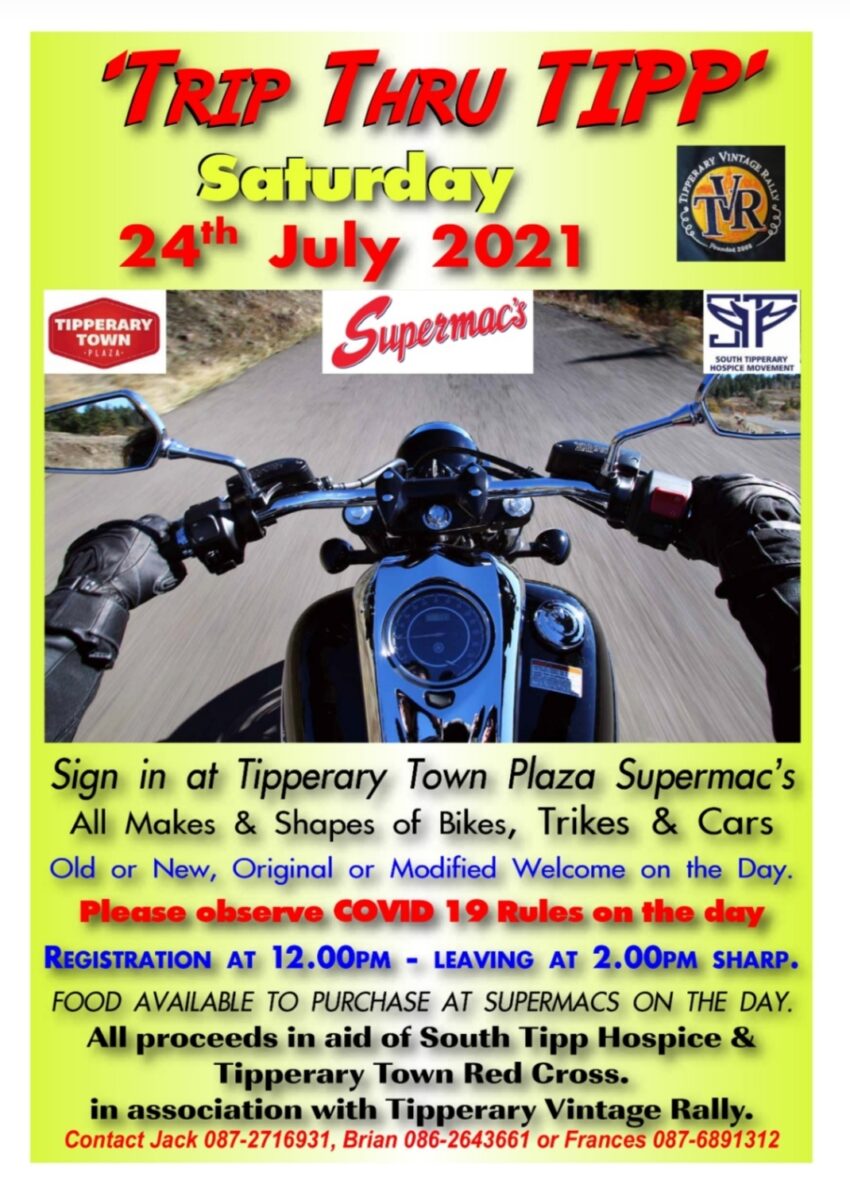 After two years promising myself I’d take part in this great yearly event in aid of South Tipperary Hospice, I finally got to experience it, firsthand. Not on my own bike, as I felt I still wasn’t confident enough on it, but,instead, as pillion on ‘himself’s” bike.

We had the bike parked at the Tipperary Town Plaza just after 12 o’clock which gave us plenty of time to register, have a look at the other bikes and cars as they were arriving, and get a look at the route map. On registration, we were given the map and a couple of vouchers for tea/coffee and sandwiches, which we weren’t expecting and which were very welcome.

We ate the sandwiches there but, on hindsight, we should have kept the sandwiches for the break halfway around and indulged in the delicious chicken fillet burgers from Supermacs before we left. We’ll know for next year. 😉

Registration also included entry into a raffle which was very well done with lots of fun prizes. I even won one, myself.

Arriving so early, we had lots of time to film some of the bikes, take lots of photos, and talk to others who were taking part.

We had a great time, although credit is due to himself for doing the hard work of navigating the route, avoiding obstacles (and there were a few), and keeping us both safe. It gave me the opportunity to use the GoPro and take some footage along the route.

I used iMovies to edit the footage afterwards and it took me about two days to make space on my laptop and try to get the footage down from over an hour to 14 minutes. I felt there were so many great aspects to the day – the scenery, the ride, and the bikes/bikers themselves – that I didn’t want to shorten it any more, so it’s sort of a mini-movie.

I also got a few photos on the day that I’ve posted below. The route was a great one – one that I could probably have managed up until the end, when it travelled up a grassy borreen. I’m not a lover of grassy borreens having taken a bit of a wobble on a muddy centre strip last year.